by ianscyberspace
September 21, 2017 Filed under: 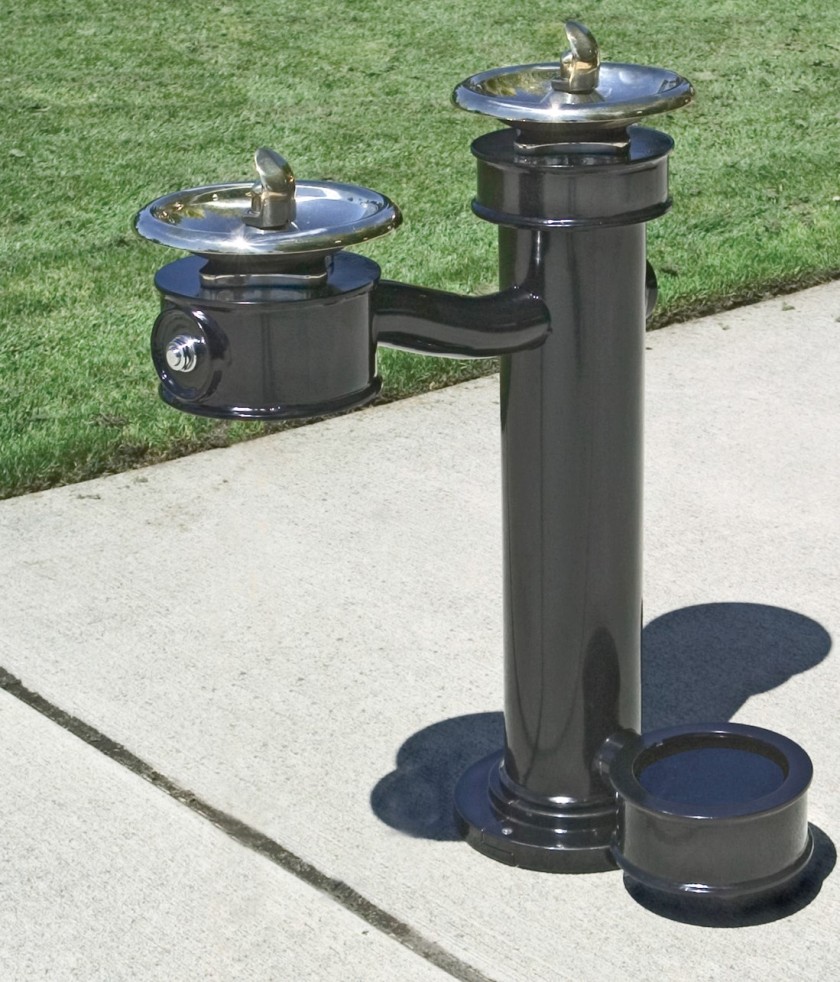 It was vacation and the boys around town were looking for something to occupy their time. With pocket money already spent there was no use hanging around Main Street so after checking out shop windows for a while and discussing emerging fashions of the 1960’s it was time to retreat to the park on their bicycles and stand around discussing possible things to do.

John was thirsty and glancing around he noticed a drinking water fountain set installed a week previous. He’d already tried that out and noted it was a rather sensitive foot activated mechanism. If pressed too enthusiastically it would bore a hole in the palate with the force of an explosion. One had to approach this municipal instrument of torture with respect.

He smiled to himself then beckoned to his friend Alan.

“The new drinking fountain is really cool, are you feeling thirsty? I am!”

John began to run toward the fountain and Alan never wanting to be left out on a new experience sped after him. John reached the fountain first and bent over it activating the foot control gingerly. Water flowed in a lazy fashion and John lapped it up gratefully. It was a hot day indeed. He let out a grunt of appreciation.

He motioned to Alan and moved aside.

“You really have to press hard to get water out of this foot control! See how restricted the flow is?”

“Why did they take out the ones you could turn on by hand?”

“Dunno! Maybe people were finding them too hard to turn on. Press the foot control hard if you want to get any water out of this thing.”

Alan bent down low expecting the same lazy flow of water he’d observed from what he’d witnessed and pressed the foot pedal hard. The resulting jet hit so hard it made him recoil and place his hand over his mouth in surprise.

“Woa!” Alan looked at John accusingly and illustrated his displeasure with a string of words better left unsaid.

John faked surprise. “What did you do? I couldn’t get more than a trickle out of that thing. Must have been something stuck that got released?”

But Alan knew his friend better than that. He gave John a well-placed punch in the chest.

“Well look at that! I’ve been having trouble getting this arm to work properly all morning and suddenly it gives out with a strong punch. Must have been something stuck that got released?”

John grunted in pain, then the humour of Alan’s response tickled his funny bone. He burst out laughing.

The rest of the gang looked toward the fountain in surprise and began to head their way.

“Let’s get Cedric, he’s always good for a laugh.”

Alan motioned toward Cedric who was leading the pack across the park. You show them how it works like you did for me as I don’t know how to manipulate that thing yet. I need some practice.”

John nodded his head in agreement. This was going to be a fun day.

Cedric appeared in front of the rest of the gang. “What’s all the laughter about?”

“Oh, nothing we were just sharing a joke about Milly Carter. She put her skirt on backward and went to school that way.”

“Want a drink Ced? John was just telling me about the new fountains that replaced the old hand operated ones. They’ve got a foot control if you want to try?”

John moved to the fountain and bent down close to the opening preparing to repeat his demonstration. He gingerly pressed the foot pedal and a languid stream emerged which he bent lower to lap up. This was going to be a riot again he thought to himself. His chest was getting sore from Alans carefully directed punch. He’d catch Alan out again sometime to settle scores. They were great friends and played tricks on each other all the time.

Alan leaped forward and pushed John’s foot down to the foot pedal extremity. The impact sent John reeling back in surprise. Now he had two sore spots to deal with.

At first the rest of the gang were too amazed to react, then turned toward Alan who was rolling in the grass laughing. They looked at him accusingly.

“Not funny! Said Bill standing over Alan and wagging his finger.

John recovered quickly and smiled wryly. “I guess the jokes on me this time guys.”

He moved his cheeks around to get saliva working again and putting his finger up to Alan to keep his distance had a long soothing drink from a more sedate flow of water.

For the next half hour John instructed the rest of the gang on how to manipulate the fountain foot control so they could repeat the trick on unsuspecting friends from school.

They hadn’t noticed big Shawn O’Donnell the cop who’d diverted from his beat on Main Street when an adult told him there was mischief going on in the park.

The boys suddenly became serious and put on their most innocent look.

“Nothing sir, we were just taking a drink. This new contraption is dangerous sir.” Cedric was spokesperson for the group.

“And how would you be knowing that laddie?” Big Shawn put on his most stern look.

Everybody looked at John and Shawn fixed his stern gaze on the boy.

Suddenly, the fountain was not so funny anymore.

Alan who knew Shawn moved to the front and related the story.

Big Shawn laughed until tears rolled down his cheek then when his laughter was under control he resumed his gruff appearance.

“Better move on laddies, I’ll report the fault to  city maintenance and get it fixed. I’ll put a sign up for people not to use until its fixed. Now move!”

The boys rushed back to their bicycles and peddled off as fast as they could with Shawn’s laughter ringing in their ears as he watched them go.

The above image is property of galleryhip.com