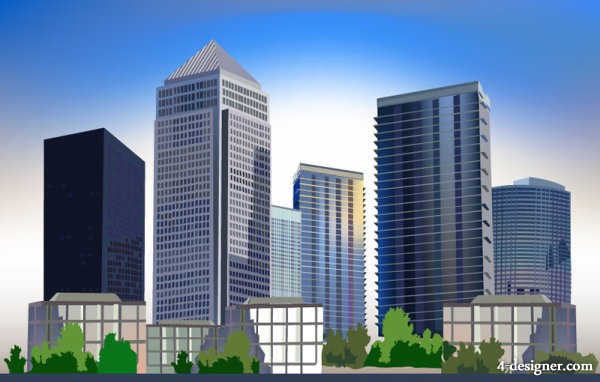 Wendell Franks stood in front of the mirror in his bedroom looking uncertainly at the image projected back at him. He flicked an imaginary spot from his jacket and to his surprise the spot remained stubbornly present in his mirror image. He bent his head as far as he could to try and discover how this could be after increasingly energetic finger flicking and then in desperation removed the jacket to give it a close inspection. There was nothing to be seen on this recently dry-cleaned garment. He glanced back at the mirror as he processed this puzzlement, then smiled at his foolishness. Advancing to the mirror he removed the offending fragment of paper somehow stuck there after he’d cleaned and dried it with a paper towel. He sighed with relief.

This was the day he had to look his best. In some miraculous way he’d scored a date with Miss Spectacular. Well, that was not her real name, he’d discovered her name was Anita Prichard, it was on the name tag she wore as receptionist for the IT Company he interviewed for. He’d turned up at the appointed time for this interview only to find the executive giving his final interview had been called to an urgent meeting. He had the option to either reschedule or wait until the executive was released from that board presentation. He chose to wait.

The process of job seeking was apparently a lot different to the era when his parents sought work. In those days banks, accounting firms and other major employers would be at high schools advertising their various careers when graduation loomed. They were hungry for workers at that time, but that day was long past, and jobs were not there for easy picking now. One had to negotiate a minefield to get to a desired profession in today’s dog eat dog employment world. The cream of the crop was skimmed off quickly before others were begrudgingly considered for trial.

Wendell confided in his father each evening giving a blow by blow account of his tortuous journey through interviews with so many potential IT employers. His father was an engineer in the construction industry and not at the level of social elevation to influence friends requesting his son’s employment. Wendell had always had a bent to computers and his father had encouraged him to learn as much as possible through high school years through building a computer with the help of a friendly technician and studying the dark depths of programming. By the time he’d finished his Undergraduate studies he was quite knowledgeable in the trade.

But because Wendell was that studious his social life had suffered. True, he’d excelled at sport during college years, but it was secondary to his interest in computers, so every spare minute was devoted to delving into the mysteries of information technology.

He was not aware of it, but he was considered by the opposite sex to be a handsome hunk, however all the eye fluttering and obvious encouragement went right over the head of Wendell Franks whose mind was constantly delving into computing as he floated around campus.

This social disfunction was of mild concern to his parents who did their best to entice him out of his head and into reality of a need for social interaction. He was not permitted to absent himself to his room computer when relatives and friends visited, and these were encouraged behind the scenes to do their best to draw him out. Finally, in desperation they began inviting groups of computer nerds for parties and beamed with pleasure as the invitees became animated with latest trends in the trade enjoying each other’s company. Urging him to take his women cousins to dances in the hope he’d meet someone nice had bombed out long before.

Wendell returned his thoughts to the evening ahead and the way this opportunity had presented itself.

He’d been through preliminaries on several occasions with other corporations but in each case had received the eventual letter saying that position had been filled and should there be a need in future they’d contact him. Wendell was smart enough to recognize there would be no more negotiations with those enterprises and moved on to the next job potential.

But this time he seemed to have lucked out and reached past the head hunter testing at basic level, then Human Resources followed by an invitation to be interviewed by a corporate executive. He knew that was probably not the end of the line. This was the era of psychological tests which in some mysterious way were supposed to contribute to aptitude for the job in question and alignment with corporate culture. An experienced executive would size him up and make the final decision. Wendell was tired of it all but needed to feel the exhilaration of supporting himself in a profession that would bring him fulfillment.

Anita Prichard had watched the waiting Wendell out of the corner of her eye and felt a sudden sympathy. He would be about her age she thought and decided to open the folder she was supposed to give her boss when he returned from the board meeting. She was surprised to find he was one year older. She remembered going through a lot of the irritating interviews herself not that long previously, and that despite the fact her father was a golfing partner with one of the vice presidents who’d put in a word for her.

She turned to study him more carefully and at that same moment Wendell turned to study her out of boredom. For the first time in his life felt a stirring in his chest he’d never experienced before. He quickly averted his gaze but after a few seconds looked out of the corner of his eye again to find Anita still looking at him and smiling.

Anita spoke, and her voice was like music in his ears. “Have you been through these interviews before Wendell?”

His head spun around to look her in the eye and to his surprise he felt comfortable in her presence. He sat up tall and spoke. “I suppose that’s the way it is these days, have you been through interviews much?”

Anita was about to confess her father had removed some of the irritations through his influence when she thought this may be resented. So, she just nodded.

“They’re a nice lot here when you get to know them, but if you don’t take a job seriously you’re out. I hope you’re serious about applying here as you seem to have the necessary qualifications for the job.”

Wendell sat up even straighter and nodded in appreciation. “Thank you so much, that’s a real confidence booster!” He glowed inside, he’d give it his best shot and for the first-time fear left and he was confident he’d win this interview and have a real job at last rather than waiting tables at the local restaurant for pocket money. Tips were great, but restaurant work was not his thing.

Anita quickly returned to her work as she saw her boss approaching down the corridor. She stood and handed him Wendell’s file and introduced him as her boss beckoned him into the office.

The confidence boost had done the trick. Wendell had been bookish in previous interviews but this time he projected confidence and along with his impressive academic record spoke convincingly about how he could add value to this job. At the end of his presentation the boss sat briefly in thought, then on impulse stood and came around the table to shake Wendell’s hand.

“Welcome to the company, would tomorrow be too soon for you to come and meet the team you’ll be working with to orient to projects they’re working on? If not, then Monday next week at the latest or we’ll have to look for someone else.”

“Tomorrow!” Stammered Wendell incredulously. This had been so easy. He’d come to the office with the feeling he’d be rejected as he’d been before, but that girl in front had boosted his confidence at just the right time.

He walked out of the office smiling broadly as he closed the door and stood in front of Anita’s desk uncertainly wondering how to express his gratitude for the confidence boost. Then it just came out of him without him even thinking.

“Thank you so much for the confidence boost, I got the job!”

“I know, the boss forgot to take the phone off intercom, so I’ve been listening. Congratulations!” Her smile was dazzling. She then turned to get back to work.

“Can I take you out to show my appreciation some time?”

Anita spun around in surprise, but she looked pleased. “Tomorrow evening I could make it, I have your telephone number and will give you a call to confirm.”

Anita bent down over her work again smiling her dazzling smile and Wendell backed out of the reception doors knocking over one of the workers as he did. He apologized profusely and fled to the elevator skipping as he went. This certainly was a new Wendell.

The above image is property of 4-designer.com