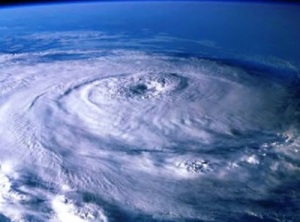 Duane was swept downhill into the dam through to the concrete runoff and over the top into the raging stream below. The fence into neighbouring property had been destroyed by floating tree missiles and he swept through broken and lifeless.

As neighbour Charles Matherson emerged later to begin an inspection of damage to his farmlands after the cyclone had passed on he was attracted by dogs barking at something by the side of the still swiftly running stream. Checking it out he saw the body of a young boy wedged in between broken trees swept down from upstream. Charles waded in to waist level hanging on to the trees to inspect and then gasped in surprise.

He was unable to dislodge him, so waded out and returned home to pick up the party line phone shared by farmers in that area. Old Mrs Smith on a farm five miles away acted as the person to switch to an individual farm or handle calls out, but in those days everyone who picked up a phone could listen into conversation. There were animated conversations as he picked up the phone while people on each property joined in conversation and swapped stories of cyclone damage. Young Duane was missing swept away from Alan’s property. Charles joined the conversation.

“Found young Duane, Allan can you drive over as I need yer help.”

Many neighbours arrived to express their support as Allan and Charles bought the lifeless boy back home. They waited for police to arrive to investigate and write their report then left to begin the process notifying and handling changes in government records.

Jo sat in her sewing room as the farmer women rallied around attempting to comfort her. She reviewed events leading up to his death over and over trying to think of what she could have done to prevent this sad situation. The words of Grandpa Jones cut deep into her soul as she recalled events. Allan shed tears as the men around him stood by uncomfortably trying to find words to express their sympathy. Farmer folk stick together in a crisis despite occasional tiffs over boundaries and lost livestock.

Allan and Jo decided to bury Duane on the farm. So, the men all worked together to dig at the ancestral grave site. There were many crosses there to mark graves of family members who’d passed on from Great Grandfather’s day to the present.

They waited for Charles to return home to collect his Bible. He was looked on as the most prominent man in that farming community and was always asked to oversee all their meetings at the community hall by the school or wherever a need arose.

Charles read from the Good Book while women wept, and men stood by stoically. The loss of one was a loss for all in this community. Then they all sat down to a subdued meal farmer woman from the community had prepared hastily leaving Allan and Jo to their grief late that evening. Many would be back on the morrow to see if they could help around the farm as damage was assessed and moral support needed to be given.

As Jo sat with the women next day one of the elder women noted movement in Jo’s abdomen.

“Expectin another youngen Jo?” She whispered.

The women nodded solemnly. That would be testing fate to do that.