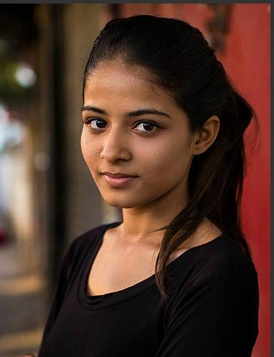 CHAPTER 4 – OFF WITH THE OLD, ON WITH THE NEW

Asha almost addressed Tad as Sir then remembered comments in the dossier in front of him. Finally, she got it out as directed and addressed him by his personal name. She felt strange doing that. She gave him a quick history of the arranged marriage, the long delay with the visa, how she’d contacted them for help and her now discovery she was on a single person visa. Would that be a problem with immigration? It could be. She saw Tad frown and make some rapid notes and her heart sank. Then she disclosed the duplicity of her husband and her resolve to repudiate this hardly consummated marriage. Tad continued to write rapidly, then looked up.

“That’s a thorny one to sort out. Must get onto legal immediately.” He hit the intercom button.

“Sue ask one of the legal team to come and then you can return to take notes.”

Within minutes Sue and one of the legal team were in the office and Tad directed them all to the interview lounge where he indicated he and Asha should join them. He then disclosed the problem and need to do everything possible to keep her in the US. Jay the legal expert rolled his eyes and stared at Asha, then turned to Tad.

“I’ve already pulled in return favours from immigration to get Asha here Tad, but your guys didn’t give us the correct details. Not our fault! I’ll see what I can do but you know how they may interpret this. I’ll tell them we made a mistake and she had nothing to do with misleading information given them and then we’ll see how it goes.” He smiled encouragingly at Asha and left the room.

Tad shrugged. Legal had solved many problems for him before. “Let’s go back to the interview and assume you stay Asha.” He moved back to his desk and indicated Asha should resume her seat.

The interview continued for the next two days while they all fretted on word from legal, finally word came back from immigration with stacks of paperwork to fill in and declarations to sign while they mulled the matter further. Asha shuddered as she considered the loss of face for family if she was deported not to mention the damage this would do to a career in India on return and almost impossibility of future marriage prospects. However, she was firm in her resolve not to stay in a marriage in which there was little hope of love.

Sue was a tower of strength to her now. Sue had been married at age twenty to someone who’d taken off with another woman soon after their honeymoon. It had taken her a year to come to grips with her grief and realize the marriage was over. She was now twenty-three and only beginning to deal with the dating scene again. So, she understood Asha’s need of a friend under her present circumstances and took her in as an apartment sharer despite an immigration cloud hanging over Asha’s head. Tad has helpful, but professional in dealings with both women though Asha could detect the hint of interest in Sue as more than just an administrative assistant. Sue appeared not to have noticed that interest.

Anil and Asha had been in contact by phone from the time he moved out. When Asha communicated her wish for the marriage to be annulled he agreed but kept in touch to see how this would be accomplished without upsetting both sets of parents. Asha indicated that was not important to her, she wanted out. So as soon as Asha moved in with Sue, Anil returned to his bachelor’s pad and sought to repair the broken relationship with Jane. She kept him in suspense until he was thoroughly humbled, then said they would date for some time before she’d even consider trusting herself to him again.

To Asha’s surprise Jane contacted her on her personal cell phone. She’d wangled it from a reluctant Anil under threat of finalizing their relationship and kept him in suspense wanting to know what she was going to do next. He pled with her not to complicate the relationship further. To Asha’s further surprise Jane apologized profusely for ugly behaviour on her first day in the US. She explained she’d believed Asha was Anil’s sister and assured her she’d never have deliberately established a relationship with him had she known of his marriage. That was not her, and she was ashamed of her behaviour reacting to her realization he was already married. She asked for forgiveness. Asha was deeply moved by this and her heart went out to this woman who had also been cheated by Anil. Asha said she understood now and there was nothing to forgive because she too had been an innocent in the drama. She inquired if she would be getting back together with Anil again and Jane said she did not know but hoped Asha would forgive her for her cruel remarks while dealing with her own grief. This bought peace to both hurt women.

On the third day legal dropped in while Tad was going through all present elements of her job description for the first year of engagement. This time the intense effort on their part cleared up immigration suspicions. She’d have to go out of the US to another country and visit the embassy to sort the situation out  there and then she could return as a legally working resident. Apparently she’d be able to file for divorce then and there would be no problem in her doing that. It would not affect her residency. Tad looked at his itinerary.

“I could bring the Singapore trip forward, could you arrange for the two of us to fly at an appropriate time for our regional headquarters there Sue. Tell them to make two separate room bookings this time. Asha we’ll consider you as an intern for the present, but you’ll be classified differently for salary and allowance purposes. We’ll talk about what you’ll do here after the visa is sorted out and your year is up. For this year you’ll be like a flight attendant, when called you’ll need to be ready to fly out whenever called to do so. Keep a suitcase with all you need ready at all times. Are you agreeable?

Sue laughed at the illustration. Tad had a good sense of humour despite the pressure he worked under and she loved her present job with its responsibilities. He’d sensed her capabilities in her first interview years ago and mentored her into the job quickly.

Asha nodded her assent and Tad went back to making notes.

“OK, let’s start! Sue you know the routine. You’ll sit back and score Asha’s performance because she’s going to do your job today. Working in the executive area you need to be flexible. Whatever I’ve given you to do today she’ll do. A good executive must know not only what an administrative assistant does but how and where all the resources are they need to draw from. You’ve got quite a pile of stuff to do Sue, so you won’t have to do overtime today will you?” Both laughed and Sue indicated Asha should come and occupy her adjoining office. Asha may have to work with Sue for a few days depending on how she handled this initial test.

Sue handed her the jobs list to be accomplished and indicated the lap top and iPhone on her desk.

“These are now yours while you work here. They’re loaded with all the resource information you could ever need, and its encrypted. Now here are your passwords to access corporate data. Let’s start by getting you in and then I’ll help you as you ask questions while following instructions. It’s going to be a long day!”

The above photo is © copyright to Miheala Noroc who publishes under title theatlasofbeauty.com and is part of her worldwide collection