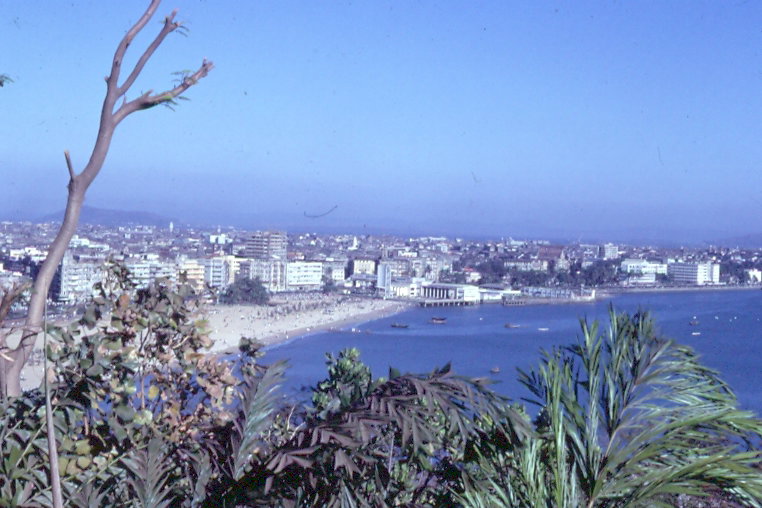 Victoria hugged her nephew and gasped with pleasure as he darted back and forth between his room and the kitchen bringing out all the things his mother Clara had sent to her twin sister.

“You must have paid a lot to clear these through customs?” She said admiring her newly gained loot while Veena looked on enviously.

“They went through my suitcases like a fine-tooth comb at customs and saw everything I had there but just waved me on after inspection.”

Victoria looked up from her presents in surprise. “My, they must have been in a good mood today!”

Noises at the entrance had servants scurrying to their respective positions. They didn’t mind working overtime when there was a party or business meeting in planning as it added excitement to their lives. Bruce went to the door to welcome his old friends from high school days. They’d attended an international school which when originally started catered for children of former colonial masters. But these schools were presently run and supported by the rich and powerful in India now a Republic seeking an education in English for their children who’d complete their studies abroad and return to eventually take over family business or industry. Bruce, known to them all as Anvit was accepted as one of them because of his father’s elevated position in the business world and long experience working within their culture.

But there was one exception in that group party, a distant relative of Veena’s had been sent to see she arrived home safely later in the evening. Mohan was from the family Veena’s father Mahavir had arranged her boarding it being felt unwise to leave his daughter under the care of Victoria Goldring while her daughter was abroad and her son returning from the US.

Veena used every opportunity to visit the Goldrings looking on them as adopted Uncle and Aunt having accompanied her family when they stayed at Goldring’s spacious bungalow as she grew up. The Goldring’s respected their dietary requirements and made sure no vessels used in cooking had ever been contaminated by meat products. Goldring’s had over the years blended in and were essentially vegetarian now.

Mohan was unfamiliar with the group and sat in the corner watching their interactions disapprovingly despite them seeking to include him. His family were not as prosperous as some of their other relatives and therefor hadn’t had the opportunity to attend schools supported by the rich and famous. It had always been an irritation for him to watch privileges his richer cousins had, and he thoroughly disapproved of his distant cousin Veena and her work at the bank owned by foreigners. This had caused some friction with Veena who he thought should be married and raising a family at her age. But his family had silenced him not wanting to irritate Mahavir who’d rescued them from financial hardship over the years.

He joined the group as they headed for tables on a back porch with views of night lights over the business area of Mumbai. He carefully inspected tables expecting to find the revolting flesh foods foreigners favoured and was surprised to find no trace of them there. He sought Veena out to enquire if foods had been prepared with contaminated cooking vessels and was told their dietary customs were totally respected. He could safely eat. But he decided not to just in case. He’d seen Veena and her friends breaking these customs occasionally and thought she was a bad influence in their home.

Mohan was particularly disturbed as he watched the fond interaction between the white woman Victoria and his cousin Veena. It was unhealthy to have that kind of interaction with white monkeys who were probably meat eaters and certainly low caste in his estimation. The freedom of this group as they interacted with each other and those two foreign young men distressed him. He made a couple of unsuccessful attempts to tear Veena away and take her home but was rebuffed. This was her gang and she was going to enjoy the evening despite her churlish relative. She made a note to beg her father to release her from Mohan’s family and return her to the Goldring’s where she could be free and happy.

By the time Veena was ready to accompany him home he’d worked himself into a rage but was not brave enough to physically attack and beat some sense into her though he’d have loved to do just that. His family were reliant on their Uncle Mahavir, so he’d get no support from them. This would need some thought and tactics to put sense into her and free his home from her presence and influence.

The party eventually began to break up and as each left they arranged to meet again at other venues. Each had enjoyed meeting Curt Judd and looked forward to spending time with he and Anvit in the brief few weeks of Curt’s holiday. Perhaps a trip to Ajanta and Ellora Caves could be arranged?