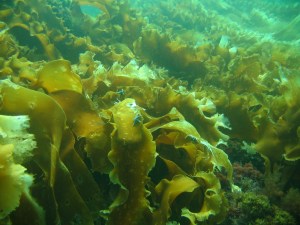 I’d been looking forward to my trip to Seoul with a mixture of pleasure and apprehension.  My pleasure was in anticipation of a pleasant meeting with the hospitable Korean people; my apprehension due to difficulties I anticipated working through a translator for two weeks of lectures for a distance learning graduate program.  I was naturally concerned materials I’d taken so long to prepare would reach students in the way I wanted to present them

Some students were flying in from other countries for this course.  These students had a good grasp of English and I brightened at the thought.  They and their teacher would learn a lot from exposure to this vibrant society and culture in the weeks ahead.

The non-Koreans first adjustment was to climate.  Nights were still extremely cold and water in taps near freezing point.  Unfortunately the hot water system in our assigned quarters at the university had decided to quit on our arrival.  No one seemed to be able to get it started again.  It was an act of dedicated courage to take an early morning shower, and loud singing from expatriate students was their way of compensating for the pain their bodies experienced during early morning bathing exercise.  Our stoic Korean hosts could not understand why we found the temperature unpleasant.

An event which stands out in my mind during that assignment was meal time.  We’d let it be known we’d prefer to be treated like our Korean student contingent, and that no doubt explained cold showers and generous servings of Korean food for each meal.  This was not my first visit to Korea and I’d mastered the intricacies of the short stainless steel flat tipped chop sticks by the time of this visit.  I‘d even learned to appreciate Korean cuisine.  Most foreign students were equally venturesome and looked like they were enjoying their meal experiences immensely.

But Lee was an exception in this happy gathering.  Those stainless steel chop sticks seemed to defy his efforts and he held them like scissors ready for the cloth.  Inevitably we’d have seaweed broth as one of our breakfast dishes.  For two days Lee did his best to fit in, but in the process spread his breakfast liberally over clothes and table to the amusement of the other foreign students.  The Koreans were too polite to laugh and pointedly turned away so they’d not cause their guest loss of face.

On the second day Lee retreated to his room and managed for the rest of our stay there with our Korean host’s attempt at western food supplied to his room by anxious Korean women.  The mental defeat he’d suffered affected his attitude and studies.  The rest of us were relieved we’d not suffered Lee’s fate.

And that set me to thinking.  While we foreigners had passed the test in adjusting to cold water showers in the middle of a Korean winter, and unfamiliar foods, what kind of cultural mistakes had we made in other ways that would have left a bad impression in the minds of our Korean hosts?  Had we done enough background studies of their culture in advance to try and avoid that?

And taking it a step further, what kind of impression do we make in the communities we live in?  Are we sensitive to the cultural mores that drive our own society, and do we have a respect and tolerance for those who for some reason or another just can’t get it right?

I take my hat off to the Koreans who turned away rather than embarrass Lee when he messed up and broke all the rules of eating etiquette at our breakfast meet.  Maybe there’s a lesson in that I could take on board.

NB: the above image belongs to 2.bp.blogspot.com

19 thoughts on “Seaweed for Breakfast”