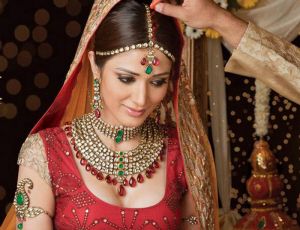 It was hard not to notice Rani, she was one of those happy spirits who caused heads to turn on campus. If there was mischief afoot in the girls hostel, innocent brown eyed Rani was somewhere near the scene of action. She’d surface at the very last minute in college registration line and there was always some problem to be sorted out on her behalf. The weary and sympathetic faculty and staff were always looking for some way to bend the rules so Rani’s problems could be solved. Strangely, no one ever complained about the extra trouble we suffered by having Rani on campus.

She was good at schoolwork, good at sports, a leader among the students, and seemed to have plenty of time to socialize into the bargain. Rani felt quite comfortable in any faculty home expatriate or otherwise, and when she was with you a startling array of ideas could be expected as she advised on how to run the school.

One of Rani’s special burdens was for the role of women in Indian society. She felt an Indian woman had the right to choose her partner, and life after marriage should be a sharing experience.

We’d nod our heads in doubtful acknowledgement, wondering if she was preaching cultural heresy, or not.

A telegram arrived one day ordering her home immediately. It was one of those “Mother serious, come at once,” communications we saw quite often. It usually signified to administration we’d not be seeing that student again. Some parts of India kept a close watch on their sons and daughters through a network of informers and if there was any hint of divergence from cultural norms those students would be summonsed home for counselling. In the case of young women hasty marriage proposals were sought. We heard later that her parents had married her to a man of her caste.

Later I met Rani and her husband, she now walked at the appropriate distance behind him and looked radiantly happy. I marveled at the transformation, and as soon as it was possible to talk to her without offending cultural mores I asked her to explain to me how a girl with her radical ideas had so easily fitted into the traditional way.

She cheerfully replied, “My father wanted it so.” That, she reasoned should explain everything!

I have often thought of Rani since that final meeting, and pondered her position prior to marriage, and willing acceptance of her father’s will when life’s important decisions had to be made. Her will was laid aside in recognition that her father wanted her to be happy in life, and she had much confidence in him drawn from her growing up experience. She felt safe trusting that his decision was for her best good.

While I believe there is value in a man and woman falling in love after a period of getting to know each other in Western Societies I have to admit in most of the cases I came across in India where marriages were arranged love developed after the marriage ceremony had been completed and that marriage lasted for life.

Why? Because those I’ve known had implicit trust in their respective parent’s ability to choose wisely for their future happiness.

Culture will always play its part and I do not foresee Westerners changing their view on choosing a marriage partner, but what a tribute to the relationship between parent and child that makes an arranged marriage so often successful in those parts of the world where culture requires it.