by ianscyberspace
October 29, 2015 Filed under: 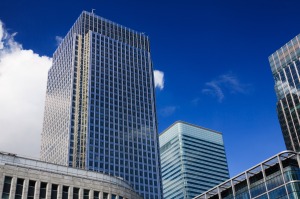 Trudy and Seth kept in touch after that first visit. Seth had been impressed with their reunion but he realized his world and hers could never converge. She was the chosen heir, he discovered through Carol, of the Morgan Empire. He’d no way of competing with that and had no desire to either.

He’d not been happy about Trudy’s insistence he not meet her Mother before they left Crestville after subsequently learning her motive. It appeared from the conversation that Mrs Carter had forbidden Trudy from playing with him because she thought he was not of their class until the Mercedes came into view but then it was too late. Nasty as it was Seth had not been pleased at the way Trudy had castigated her Mother over the event in his presence. That had been embarrassing.

But he’d felt a warmth in their reunion he was determined to nurture so their meetings were to continue, occasionally at first but after a while with increasing frequency.

Carol watching it all was thankful she’d been reassigned again to develop Morgan interests overseas. Trudy was now on her own with specific responsibilities at headquarters while MJ watched anxiously hoping his instincts had proved correct. There was always that element of competition between MJ and Anna though there was genuine affection too and eventual mutual agreement on the way forward with various ventures.

Anna in her customary audit of phone records began to notice an increasing number of phone calls on her granddaughter’s office extension line with a particular number and curiosity aroused on investigation traced it to an Investment Bank. Clever girl, she thought, she’s looking at investment opportunities. This was shared with MJ at their breakfast sessions and he nodded in approval. Just to be on the safe side though he put his private investigator onto it and learned of the developing relationship. So Seth Anderson and family were put under investigation. MJ was not unhappy at what he discovered and decided an investment banker would be a valuable asset to his empire.

Soon after that breakfast meeting Seth was surprised to have his secretary knock on the office door and say there was a MJ Morgan outside demanding to see him. He placed his phone calls on hold and nodded for the secretary to seat him while he finished his calls.

The old man burst into the office in front of a flustered secretary who guided him to the lounge in Seth’s office. MJ grunted in approval. “Good, Good!”

The secretary then offered him a choice of beverages and snacks while he waited to which he nodded in approval. “Good, Good!” as he took in the office and the skyline of the city from Seth’s tenth storey office in the Investment Bank.

Seth watched it all out of the corner of his eye with gathering amusement as he finished his calls which the old man nodded his approval of as he listened into Seth’s side of the conversation and imagined dollars flowing into the bank as a result.

Eventually Seth put the phone down and joined MJ on the lounge. MJ looked him up and down and nodded his approval.

MJ got right down to business. “I know you’ve been dating my granddaughter and wanted to see you personally to tell you I approve of the relationship. I don’t know when you met Trudy but isn’t it time you asked me for permission to marry her? Why this delay? You and I know that in our world marriages like this can be beneficial to all parties and certainly your already excellent career will be enhanced by contacts I can give you through my conglomerates.”

Seth was so amazed he didn’t know what to say diplomatically. He’d not thought of Trudy in that way and found it irritating to think he could be purchased.

MJ interpreted the delay as a bargaining tactic and roared with laughter. The secretary opened the door to peep anxiously. She’d not met an individual as abrupt and demanding before and his outburst had her looking to see if security should be called. Seth waved her off.

“OK, OK such a marriage would deserve a substantial stake in my corporations wouldn’t it? You were thinking of that?”

“Not at all sir,” said Seth evenly trying to conceal his anger at this blatant act of attempted bribery. Marriage was not something to be bought or sold in this country.

“Trudy and I are friends of long standing. We were children playing together in a little village called Crestville when I was on vacation once long ago. I believe you may have bought my Uncle’s property for Trudy on Sunrise Lane Crestville. We met by chance there several months ago.

“We’ve never talked marriage Mr Morgan, are you here on Trudy’s behalf, does she know about this visit?”

“I’ll decide who she marries,” MJ said coldly as he turned to leave the office. “Think seriously about my offer young man!”

That evening Seth phoned Trudy. The conversation didn’t go well as Seth was furious with her grandfather and let it all out on the phone. Trudy eventually hung up in tears. She’d hated her Mother all these years and now she hated her Grandparents as well. She’d found companionship for the first time in Seth and now the family had spoiled that relationship too. She considered suicide but quickly dismissed that.

Packing her suitcases, she left the mansion that evening before her grandparents came home from their club. She was soon on her way to the Trudy Morgan Ranch. She had title to that so they couldn’t take that away from her. They should have done what they did with Mother she smiled grimly to herself then they’d have me in their net.

The above photo courtesy of publicdomainpictures.net