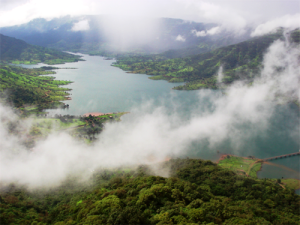 My secretary Stella had just placed mail on the office desk. There was time before committee schedules began so I began work on a pile of correspondence. The lazy whirl of an overhead fan made this exercise interesting. Turning off the fan would cause intense discomfort and profuse sweating in Mumbai’s thick humidity. We couldn’t afford to run an air conditioner.

With fan on, strategic placement of weights around the table to avoid paperwork levitating was the order of the day. There was no alternative other than quickly lifting each paper weight, and pouncing on the target before wind swept the pile into a mass of whirling letters eventually settling into each corner of the office. Stella was constantly picking up paper for me.

Systematically shifting between the “in” and “out” paper weights was a work of art, and I took pride in my developing skills. This morning was not unusual. There were requests for more development funds and frequent comment about the inadequacy of wages paid to field workers. Nothing new! However funds for the year had been distributed and there was no more to give. One after another I placed these requests under the “out” paper weight. What could I write to project supervisors that wouldn’t plunge them into the depths of despair?

I shifted in surprise as I read the next letter. Someone was actually sending money rather than requesting it. It was a very large donation at that! I noted the name on the letter and sought out Stella for some details on the donor

Dr Angeli was a woman who’d decided to devote her life to serving people in a remote area of the state of Maharashtra. She’d passed her medical boards with honors, and had been approached to work in some of Mumbai’s most prestigious hospitals. However she chose a life of community betterment instead. It appeared she made regular donations, and I hastily dictated a grateful letter of acknowledgement. Now some of the more urgent requests could be satisfied.

I wasn’t surprised a doctor would have access to a lot of money. My imagination placed her in a large and comfortable bungalow in the resort hill town of Mahabaleshwar; the forwarding address post marked on her envelope. I presumed she’d have a good clientele of wealthy landholders and be well able to afford these regular donations. It would have to be a sacrifice to live in this remote area no doubt, but not to her hurt perhaps?

You can imagine my surprise when I eventually made a trip to Mahabaleshwar to see Dr Angeli for myself. This was a resort area to which rich and famous from Bollywood and near by financial centers gravitated to escape the furnace like heat of coastal plains in summer. My visit to Dr Angeli proved my assumptions to be terribly wrong.

Dr Angeli lived in a very small bungalow, and her patients were certainly not rich. Most of them were poor year round residents who lived on the perimeter of the resort area in villages that clung to the mountainside. Her lifestyle was simple, and her possessions few.

The bulk of what she did earn went into helping those around her, and we were the beneficiary of some of her largesse. Her treasure was found in the love, devotion and respect given her by the people she served. That is all they had to give her, and she valued that more than any wealth she could have gained from a medical practice in rich Mumbai.

For more information about Mahabaleshwar check out the following site,
http://en.wikipedia.org/wiki/Mahabaleshwar