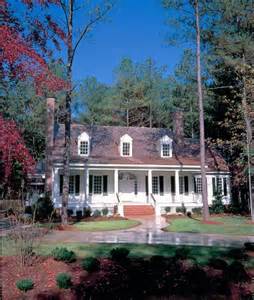 “Trudy, come here at once!”

Trudy looked up from the task absorbing her attention, then returned her gaze to the selection of mud pies taken with great care from the mud puddle in front of their country home.

Trudy and her Mom had moved there recently. It was one of those quiet country lanes just far enough from the village so Mrs Carter could drop her off to school easily on the way to work at her village hairdresser shop. It was fun sitting at the hairdressers waiting for Mom to finish work for the day. There was a small room at the back of the shop where she could sit and do homework or come and talk with clients when bored. She was like a second daughter to those clients who spoiled her terribly with their treats each time they had appointments.

Trudy loved their new home. Sometimes she’d beg a carrot or two from Mother and race to the whitewashed timber fence separating their little home from the neighbour’s farm. Her high pitched child’s voice shouted her chosen horse name. The first time the horse had looked up startled from its grazing position on the far side of the field. It was only much later Trudy discovered that horse name was not horsey, but golden knight. But horses are inquisitive and horsey had come over to inspect Trudy only to discover two carrots protruding through the fence slats which were gratefully received. From then on horsey would gallop over the paddock when that high pitched voice shouted.

Mrs Carter didn’t have time to plant gardens as often times after work people would come to their home for hair styling as working people had little time to visit a hairdressing salon during the day. Fortunately wild flowers grew profusely around the home. Trudy would lie in the cool green grass watching clouds scamper around the sky. From that level she could observe bees and strange insects in their busy little community at work. That is until Jock with his mower came every two weeks to trim lawns and the remnants of gardens.

Sometimes Trudy wished Jock wouldn’t come to their home with his noisy machines to kill her flowers and chase away the insect community. But flowers were persistent and grew quickly, and there was one more compensation. That was Jock was accompanied by a small boy who liked to watch clouds and insects and play hide and seek. This boy was with her now making mud pies.

Trudy sighed and turned away regretfully from her mud pies. She looked at Seth, “I have to go now so you can have my mud pies.”

Seth’s eyes grew wide with excitement. “Thanks,” he stammered moving them over to his side in the sun to bake quickly.

Trudy ran up front stairs across the porch and into the kitchen where Mrs Carter was looking out the window disapprovingly.

She turned and placed hands on her hips.

“Trudy I don’t like you playing with that boy. When Jock comes over to mow lawns and work on gardens you’re not to go outside if he brings Seth with him.”

“Why, I like playing with him and we have so much fun together. Why can’t I play with him?”

Mrs Carter sighed. “You just can’t Trudy. You’re too young to understand but some day you will. He’s not of our class.”

Trudy pouted. “When is Dad coming home, he hasn’t been home for a long time. Will he like this home we have now? I like playing with him.”

Mrs Carter almost choked holding her anger in. “Trudy your Father is not going to be with us any more, that’s why we moved from the city to here.”

“Can I go to the city and find him?” Trudy was having trouble taking this new revelation on board.

“Go and play in your room!” Shouted the now angry woman.

Trudy took one look at her Mom’s face and raced to her room quietly sobbing as she went. No more father? No more playmate?

Mrs Carter waited for her anger to subside and then went to find her daughter. She sat silently while the frightened little girl clung to her on the bed. This was all Trudy had left and she held on tight so her Mom wouldn’t disappear from her life too.

The above image belongs to pinterest.com