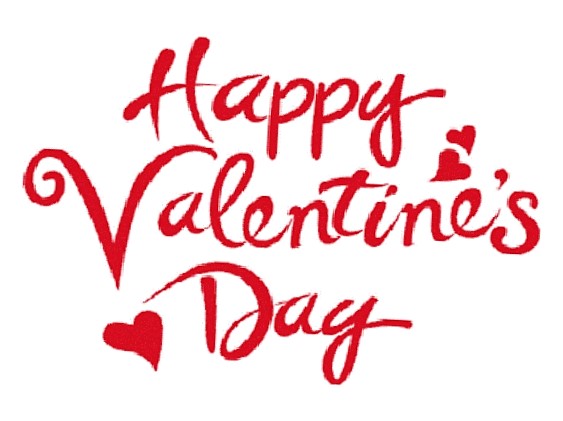 Lee Ann sat at her bedroom window looking out over the remnants of a once great plantation. Cotton fields had long gone to be replaced with houses in a suburb which now crept to striking distance of the manicured gardens in front of her window.

She craned her head to search for her Mother Willow who was pottering around somewhere in the gardens below. It was her lot in life to care for the old lady and listen to stories passed on through generations of family as she reflected on times of past greatness.

The old lady still retained delusions of grandeur as she emphasized the importance of her family.

Lee Ann smiled to herself as she recalled some of those stories. What grandeur? Look at their current situation. The large plantation mansion looked so out of place in the neat rows of suburban houses and streets that had swallowed up their plantation, but it served well as a boarding house. They made just enough out of room rentals to maintain their shrunken estate and provide a modest income.

Mother did reign supreme in her establishment and organized her boarders, the women at the club and of course Lee Ann.

There’d been those wonderful years of High School and College where Lee Ann had been able to shine in her own right, and she’d no end of admirers in those years. School had been a refuge from her domineering Mother and many times she’d defied Willow to go on a date. No boy Lee Ann liked was good enough as far as Mother was concerned. Better not to be married than mix up with someone not of their class.  That was Willow’s attitude.

And here Lee Ann was sitting in her bedroom on this beautiful morning trying to make up her mind what to do with the day. It was her birthday and she was now twenty-one and unmarried! Mother would expect her to supervise the hired help as they prepared breakfast for their boarders but what was the point? Hired help were under direct supervision of the black master of the home. He too was just as domineering as Lee Ann’s Mother and stood up to the old lady. It appeared black master was more than a match for the old lady and it was obvious she liked him because of that and left him in charge.

However, there was the dignity of the family to think of so Willow would preside over meals, and if she was unwell or otherwise engaged with the club Lee Ann was expected to fill that role. They were figure heads as they inspected corridors and chided the help for minute errors but black master was the boss in reality.

Black master had a name. Mother called him Benjamin Washington. The boarders all called him Mister Ben, hired help called him Sir. He was omnipresent, nothing missed his gaze and while he argued continuously with Willow he watched over her. They were both tyrants and in spite of the racial divide showed obvious regard for each other. If hired help fled to Willow when they were in trouble with Benjamin Washington she would cuff their ears and send them scurrying back to Sir with the demand they give him respect.

Lee Ann was the misfit in the establishment. Benjamin Washington treated her as a child and Willow was so tied into her selfish pursuits her daughter was a listening post and an occasional pawn in Willow’s game plans.

Lee Ann’s mind turned to her soul mate from High School and College years. They’d been inseparable. His name was Richard Tudor the Third. He too came from English plantation owner ancestry but like many similar families had gone into financial decline after the civil war and freedom of their slaves.

The Tudor’s eventually had to sell out and put what little they had into maritime trading enterprises. In actual fact they were better off than Willow but as they hadn’t retained even a fraction of their ancestral property Willow looked down on them. The feelings were reciprocated.

Lee Ann’s Father had died before she reached her teens. The stress of watching last segments of the plantation sold off to developers in years when land prices were low in order to maintain an unsustainable social position had been too much. He died of a heart attack.

Willow who was a more astute financial manager had picked up the pieces and invested dwindling resources into a boarding establishment. But the pretence of being high class socially had to be maintained and she lived the lie to perfection.

Richard Tudor III made an attempt to continue his college relationship but Willow had refused him permission to see Lee Ann. She would be the one to choose a marriage partner for her daughter and she’d do so at her convenience. Benjamin Washington was Willow’s co-conspirator and reported every move Richard made in the community and watched over Lee Ann’s comings and goings too.

Lee Ann felt suffocated in this environment and eventually decided to send a message through one of the servants asking Richard’s help to relocate to the city where Willow wouldn’t find her. She’d find work and have the freedom to meet Richard as she wished.

Next morning, Lee Ann was summonsed to Willow’s office where she was confronted by Willow and Benjamin Washington. The letter was read and Lee Ann confined to mansion grounds and watched closely by a trusted servant until Richard gave up and headed for the city. There he busied himself with his father’s enterprises.

As she was thinking of these events Lee Ann’s gaze shifted from her Mother working in the garden to a figure striding down the driveway with something tucked under their arm. Mother stood up to observe who would be calling at this early hour of the day. Both Mother and daughter recognized the figure at the same time.

Lee Ann raced down three flights of stairs as if her whole life stood in the balance and she was out the front door quick enough to reach Richard at exactly the same time as her Mother.

Willow was in the process of politely but firmly urging Richard off the property as a breathless Lee Ann burst in between them.

Richard smiled his broad smile. He’d not changed that much in the years since their college days.

“I was back in town on business and wanted to wish you a Happy Valentine,” he said as he handed her flowers and a box of chocolates. “The chocolates are for your birthday.”

Lee Ann threw her arms around him and pleaded, “Take me with you, I don’t belong here!”

“No you don’t, you belong with me. Let’s go! This will be a Valentine’s Day I’ll never forget.”

“I’ll be marrying Lee Ann today as soon as we can find someone to make it legal,” Richard called to Willow as they both strode down the path arm in arm.

The old lady smiled, she’d met her match once again and this time it was Richard Tudor III.

“You have my blessing,” shouted the old lady.

She turned to Benjamin Washington who’d raced to her side to help in any confrontation with Richard.

“Looks like it’s only you and me from now on Benjamin Washington!”

The old master squinted down the path, then turned to head for the mansion.

The above image belongs to themescompany.com