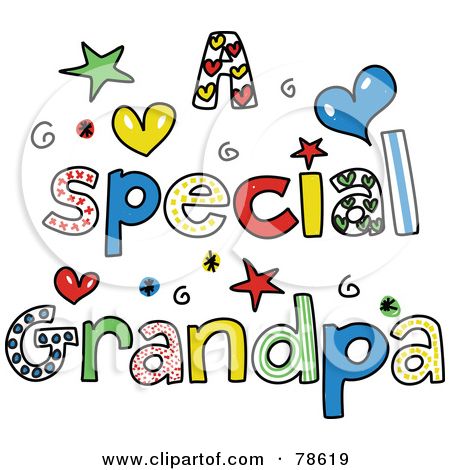 Frank sighed as he sat in his favourite chair. In his hands he held a picture of his wife Jill. It had been taken a year before their marriage and the two of them exuded confidence and happiness in that picture.

They’d known each other as neighbours from high school days, had separated to pursue their college education in different parts of the country and met again at a high school reunion. Each had established attachments in their adopted cities but something clicked at that reunion as they rediscovered each other.

High School days had been uncomplicated and neighbourly. They’d walked to school together and attended an occasional movie as friends, nothing more. No spark had been kindled during those high school years, but at the reunion both realized there’d been something warm and close they hadn’t recognized at the time which they now eagerly grasped.

Their parents were delighted as the two of them re-established their friendship for their respective parents as neighbours had developed a bond over the years. They’d been disappointed as they saw their children move away and lose contact with each other.

Frank grimaced as he remembered breaking off with Sue his former girlfriend. Their relationship had progressed during college years and Sue was not giving up without a fight. Sue had made the long trip to confront Jill and it had been an unfortunate incident best forgotten. For a while Jill wavered, but the re-established connection with Frank was too powerful for her to resist. She put Frank to the test though indicating she was thinking of breaking their relationship over the incident, but hoping Frank would come running. He did!

Each of them had taken employment in the cities where they’d completed their college education. Frank soon found work in Jill’s city and gave notice to his employers who were sorry to see him leave. His intent was to work and study for his Master’s degree, but found that plan was a distraction from his real interest. That was to be with Jill every minute he didn’t have to work for a living.

So it was at a romantic evening dinner meeting Frank produced an engagement ring and asked Jill to marry him. Jill surprised diners in that upscale restaurant by running to his side and shouting Yes! Yes! Yes! She gave him a hug as close by diners recovering from their surprise rose to applaud the newly engaged couple.

At first they maintained their separate apartments and began saving for the wedding, setting a date one year from the engagement. But Jill soon decided that was too long to wait. She phoned Frank with the surprising demand. She wanted to be married now and suggested a trip to the marriage registry instead of saving for a big wedding with all the usual trappings at a cost they could ill afford.

Jill phoned her parents, Frank phoned his parents and both parents responded with joy. But within an hour their parents had shared their excitement with each other and were on the phone again.

“Come home, don’t leave us out of this happy occasion,” they pleaded.

So Frank and Jill took leave from their offices with the blessing of their employers and work associates and headed home, but not before getting their marriage licence from the registry.

To their surprise and delight they found their parents had been very busy in a short time. Jill’s high school pal was an event organizer and had worked overtime to prepare a hall, a celebrant and a hall full of their former high school friends, some of their work associates had also managed to break loose from offices to grace the occasion. The event and dinner to follow would give them happy memories for the rest of their life together.

But that was long ago. Frank glanced at the wall where favourite pictures of their wedding spread across the wall. Both of them looked so young and happy. He returned his gaze to the picture on his lap. It had been taken soon after their first high school reunion when the bond was established for life. He returned the picture to the wall beside him.

He sighed and moved slowly out of his chair. It was getting harder to make it out of that chair these days. He patted the arm of the one next to it where Jill used to sit knitting of an evening. The children had gently suggested he let that chair go to charity. He’d struggled as they’d helped remove her clothing and personal effects from the house. He understood that was for the best, someone could find a use for those and it would be selfish of him to deny needy people that use. But getting rid of the chair had been a much harder decision. They’d both worn out chairs over the twenty years of their retirement but this was her last chair and the smell of her perfume still lingered.

Jo-Anne his eldest daughter had plead with him to relocate to her home. They had a separate apartment at the back of their large home which would give him privacy and it would do him good to have children running around to divert his attention from the loss of his wife.

At first he’d rebelled against the idea. This was his home. He’d personally worked on it over the years adding a room here, a service there. He could feel the presence of Jill here even though he knew she was gone. The children had grown up in this house and the shouts and noise of that era still reverberated in his memory. Sometimes those noises had been irritating, but now the memories were precious.

Then in family conference after the death of their mother the oldest grandson indicated an interest in purchasing the house. It had memories for him too and he was in a successful business with a developing family of his own. Frank’s children looked at him for his response, and after a struggle he’d agreed. It would at least be in the family and his work would not have been in vain.

A soft voice whispered in his ear. “It’s time for us to pack these last things Dad. All of the furniture is in the moving van and we only have these chairs and the pictures to go. Are you ready?”

Frank shuffled around to face his daughter.

“Sure, you can pack them up now and we’ll be on our way. I suppose you want to drop Mom’s chair off to the charity workshop on the way?”

Frank straightened up and walked to the front door glancing around at empty rooms as he passed through.