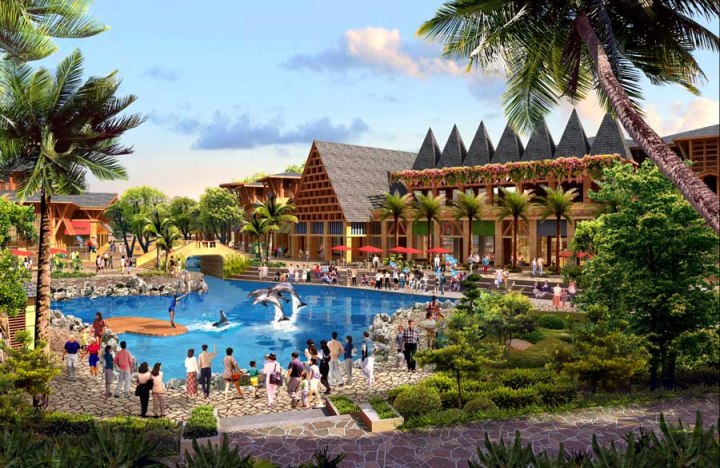 “I’m sorry, I suppose you wondered why I laughed? You see I’m Eurasian and it was quite ironical for you to suggest I may have prejudice against you, I’d have expected the reverse. My father is Singaporean and mother English. They met at Oxford when he was studying overseas. My father is a teacher at National University of Singapore. My mother teaches at the international school for foreign kids. My father insists I go to regular Singapore schools. So, you see I don’t fit in either world and sometimes that’s made plain.”

“No way, your mother teaches at the same school my mother does!” Andy’s excitement at that discovery was apparent.

“If your Mom and mine work together then there’s no reason why I can’t buy you lunch.” Andy looked at her hopefully.

Susan Ho was a classic beauty model recruiting agencies would have tripped over themselves to hire had they discovered her.

“Come on, I could really use company today and I promise you’ll find I have no ulterior motives.”

Susan paused uncertainly. “Then put on your shirt I don’t want to be seen with a foreigner undressed like that!”

Andy quickly put on his shirt while Susan gathered her things and put them into her carry bag.

Andy suggested a restaurant and Susan pursed her lips. “Never been there before,” she said. They both headed in that direction, each trying to think of conversation which could bridge the gap between them. She was not sure if her father would be happy with her sharing a meal with a boy he was not familiar with and decided not to disclose this meeting to her father. She adored him and didn’t want to make him angry with her.

It was only after they’d ordered food and were waiting for it to be presented at the table Andy plucked up courage.

“Look, I know things got off to a bad start but I’d really like to see you again. Can we meet for a snack and drink after night classes when they resume? I’ve got friends at school but I don’t have any close friends. Most of them are boarders when school is on and they have their own group. I’m one of the few foreign Singapore residents and we’re scattered around the island. Where do you live?”

Susan paused and held her noodles above the bowl with chopsticks while she considered her answer. It paid to be guarded when dealing with someone you knew very little about.

“Near the junction of Farrer and Adam Roads.”  That was a safe enough answer.

“Not far away from Holland Village where I live.” Andy decided not to pursue that line of questioning.

“Do you mind if I hang out with you this afternoon, it’s kind of lonely by myself?”

Susan paused and looked at him again appraisingly. He sounded harmless, and if his mother and hers taught in the same school he wouldn’t dare step out of line. But what was this ‘hang out’ thing he was talking about.

“What do you mean hang out?”

“Sit around and talk or swim. Do you like sports?”

“Yes, I do but I’m not going to swim this afternoon.”  Susan was not too sure about swimming with him. She’d observe him carefully before answering his invitation to meet after classes too.

As the afternoon wore on conversation became more relaxed. Andy had not taken much notice of young women at his school as his interest was to finish course work and get ready for entry into an undergraduate program, while playing sports as much as he could in the interval. That was his life and it had been very fulfilling. But as they talked and shared feelings he realized one of the empty spots in his life was a close friend. Sure, he’d lots of friends, men and women, but on thinking about it they were of the “hurry up handshake” type the social scientist Toffler referred to in his classic seminal work. No one his age was really that close to him.

Susan felt free to talk about her life since returning to Singapore. Life had been reasonably good in England but culturally she felt more at home in Singapore. However, she observed her feelings were not always reciprocated once her peer group discovered Susan’s mother was English and listened to her correct English accent.

They lived comfortably in a local community. Her father revelled in the atmosphere and mother was one of those souls who assumed everyone was her friend. She’d not the slightest imagination she wasn’t accepted in the community but there was a reserve on the part of neighbours and it was painfully obvious to Susan. Sometimes she wanted to make her mother aware of that reserve to preserve face, but she loved her mother and father equally and didn’t want to take her mother out of her Pollyanna world. It may destroy her.  At school, she felt that reserve. She struggled with compulsory Mandarin subjects as much as Andy had and that was the reason her father had arranged for night tuition. He wanted her to be part of his world knowing language was an important component of that world. She’d pled with her father to be sent back to Oxford for undergraduate work as she recalled it was a little better there for her. She’d be with her mother’s family. Her father had refused. If post graduate were to be required at some point in the future that was different. She should apply herself to academic studies at the National University of Singapore.

It was with surprise the two of them noticed the time.

“Can I take you home?” Andy looked at her hopefully.

Susan shook her head. “Can you imagine tongues wagging around the community if a foreign boy were to accompany me home? Mum would be delighted but my father does not know your parents and even if they did it would still be unacceptable for him to hear it talked around the high rise we live in. I suppose you live in one of those old colonial buildings that people pay a mint for so it would not be a problem for your family.”

She glanced up and saw the disappointed look on his face.

“I’m sorry, you probably don’t understand this at all. Maybe I could go to McDonalds with you for a while after our night class when school commences again. Let’s see.”

Andy watched her disappear down the pathway headed toward the entrance where she’d find transportation home and felt and empty space inside. He liked her very much. Each of them had shared confidences that were the beginning of a possible friendship. His sadness at such an abrupt end was tempered by the possibility of meeting together after the next Mandarin lesson.

Susan too felt sadness as she set her face purposefully toward home. She did an inventory of her friends. She couldn’t have confided some of the things she’d shared with this young man with any of them. She felt safe with this kind of sharing for the first time in her life and wanted more of it. Then she thought of her father’s reaction. Probably forbid her any further contact with this foreigner.