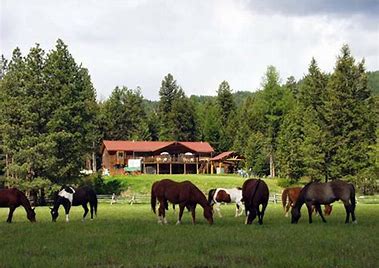 Peggy Sue returned to her room and cried into her pillow. Jack could have told her he was going to get married or invited her to the wedding or hopefully she could have persuaded him to think again and give her a chance. She’d been the one to discontinue correspondence and he’d probably misinterpreted this not knowing how heavy her program had been. She’d taken on more of a class load in the past two years hoping to return home sooner and it seemed to her she’d made a big mistake to lose a man she now realized she loved. But the choice of Claire over her made her sick in the stomach. He deserved someone decent to share his life with and she’d wreck his life. She cried all night banging the bed with her fists frustrated she’d lost the only one she felt comfortable with. How could she associate herself with him as a friend when he’d chosen a gutter companion? She blamed him, she blamed herself.

Next morning, she dragged herself out of bed and presented for this important exam. Wayne Thomson looking into the examination room noticed her swooning over the desk and rushed to check her out. “What’s wrong Peggy Sue?” She gave up and collapsed at the desk. She awoke in a hospital bed with Wayne Thomson and his son Tim hovering over her anxiously. To Wayne this was his star student making his career worthwhile as he’d look back at years of teaching in his retirement, the one gifted student that made his teaching career worth all the patience and sacrifice of time. To Tim this was his hoped-for bride he desperately wanted to show his concern for, hoping she’d say yes.

Wayne spoke. “Peggy Sue the doctor says this was brought on by extreme stress and you need to rest up a bit before he can release you back to the dormitory. Don’t worry about the exam as administration has agreed to let you take it under my supervision when you’re well enough. You carry a very heavy program and perhaps it would be well for you to consider dropping a couple of classes, so this doesn’t happen again. It just means another semester at school and I recommend that.”

Peggy Sue pretended to drop off to sleep and two worried voices discussed her situation for a while as she listened with eyes closed. Finally, a nurse arrived for a routine check and ushered the two out. Visiting hours were over and as they were not family they couldn’t stay. Wayne protested for a while then gave up and the two of them departed. As soon as they were out of the way she opened her eyes and the nurse smiled.

“I think those two are troubling you so if you want I can see they don’t come back until you tell me you’re ready for visitors again. I think he’s one of your professors. Unusual he’s taking such an interest in a student so you must be his star, but it would be a lot of pressure on you.”

Peggy Sue reached out to the nurse. “Do my parents know I’m in hospital?”

“Don’t know that girl, your school administration is responsible for that, so you better ask your professor. If you want a phone to speak with your parents I can bring my cell phone in for you to use?”

“No, I don’t want to worry them as I’ll be out of here soon won’t I? This has nothing to do with my studies at all. I received some bad news yesterday that almost destroyed me. Will I be released tomorrow?”

“Depends on the doctor’s opinion, but if I can help you deal with your bad news I have a good listening ear and am about to go off duty. Would you like to have me sit with you for a while after staff change over? I’m happy to do that.”

“I need that and thank you for the offer.”

“I’m going to sign off my duties and hand over. I’ll see you in fifteen minutes.” The nurse departed humming a tune.

Those fifteen minutes seemed to last forever. Peggy Sue needed that listening ear to act as a sounding board. Eventually the nurse returned and pulled up a chair beside the bed. “OK get it out girl that’s the beginning of a healing process.”

So, Peggy Sue began a monologue that lasted an hour before she ran out of steam. She told of her childhood and realization she may have blocked out the only person she’d hoped to spend her life with. Jack had been more than a friend, but she hadn’t realized that until last night. The news about his wedding to someone that was not worthy of him. The proposal she’d received and how this seemed to fit into a plan she’d had of practicing as a vet in her hometown. Now her teacher had indicated he was setting up as a practice in retirement and invited her to join him in his own practice. She continued he was doing this to establish his son in the practice with her as a partner and they’d be working together. How awkward it would be if she refused Tim’s marriage proposal and they’d have to work together.

Finally, the nurse spoke after a minute silence. “This Tim certainly seems attached to you and he looks like a decent person who’d give his life for you if necessary. Do you like him?”

Peggy Sue shrugged. She felt better after confiding in this nurse feeling confident none of the conversation would be shared outside their room. “I like him, I trust him, but I don’t know if I love him. He is ten years older than me too.”

The nurse sighed thinking of her own broken marriage. “If he’s in love with you, stable and ambitious and his parents like you as they certainly have convinced me they do love develops and it looks like a marriage made in heaven to me. I’d say go for it but it’s your decision gal. Your hometown friend is now out of the picture, so you need to think of your future without him.” The nurse took Peggy Sue’s hand and squeezed it. “I need some sleep after a double shift so see you tomorrow.”

“Thank you, Tim’s mother I haven’t met so I’ll have to size her up and then decide, you know what they say about mother in laws.”

The nurse laughed and waved as she left the room. “Someday you’ll be a mother in law yourself so be careful.”

The doctor released Peggy Sue next morning, so she never had an opportunity to meet that nurse again.

After meeting with Tim’s mother and lots of thinking Peggy Sue could see all the plus indicators for a happy marriage. They’d be working together in her hometown so had common interests and parents on both sides who’d be supportive. She phoned her parents and told them about Tim and his father’s plan to invest his future in their town, of the kindness shown to her by her future father in law who’d nurtured her through studies all these years. She’d miss him for her last year at the school. She told them she was now engaged and would marry as soon as studies were complete. But in the meantime, her parents could observe Wayne and his son Tim as they commenced their practice then they’d feel comfortable with her choice. No mention was made of Jack Turner in the conversation.

Margaret Judd and Tina Turner cried together as Margaret shared the news. Both had lived with the hope their children would eventually marry and now that dream was shattered. When the Thomson’s set up practice in town at the end of the year and the community had a chance to observe them in action everyone agreed this was a good addition to the wellbeing of the town. The Thomson’s rapidly integrated with social life and activities and made an excellent contribution. But it was too much for Jack Turner who one day declared he was moving on and did not plan on coming back in future. Once again the Judd’s and Turner’s shed tears, this time over his departure. Fortunately,  Joel returned announcing he was engaged to a girl from the city he’d trained with to take up a deputy job in the sheriff’s office and this bought comfort to the family. They looked forward to Peggy Sue returning a year from then with her studies complete and to Joel’s marriage.

It was only as Peggy Sue returned home struggling with whether to invite Jack Turner and his wife to the wedding she discovered Bart’s duplicity. Jack had never married after all. She felt wretched but there was nothing she could do now to undo what had been done and no one seemed to know where Jack was anyway to renew contact. He’d completely cut himself off and no one knew what he was doing or where he was even the Turners who were grieving the loss of contact with their son.

She felt she owed an explanation to the Turners. They were family. So, she went and poured her heart out telling them in all honesty what had happened to make her decide to marry Tim. They understood and accepted the situation thanking her for the clarification as they’d harboured some resentment against her and were now glad to be back into that old family feeling again. They wished her well though she could sense their disappointment things had not worked out between she and their son.

Jack was not recognizable with his change in appearance as he stood at a distance and watched the wedding ceremony and later reception. Bart had somehow found out where he was working and was happy to send him details of the wedding plans and the day of the ceremony. This was his cruel retaliation for the beating and humiliation he’d suffered when Jack threw him out of the dance hall for troubling Peggy Sue. Tears came down Jack’s cheeks as he watched, then he got into his car and after they came home from the reception visited his surprised parents. When the truth came out about Bart’s part in driving he and Peggy Sue apart he determined there would be a show down in future Bart would never recover from. He stayed quietly at his parent’s place for a couple of days cautioning them not to share his return with anyone. But Tina Turner got word to the Judd’s and they came over to welcome him home. At first Jack was angry then wept and held on to the Judd’s in turn asking them not to let Peggy Sue know he’d been there. This time he gave the Judd’s and his parents his address after asking them not to share that with Peggy Sue. They nodded in agreement. He then departed.

© The above image is property of reunionsmag.com