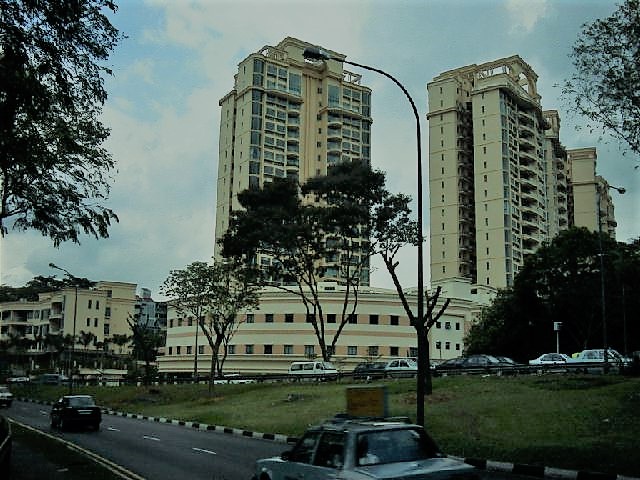 Stanley interrupted his memories as he refocused on a panorama of the South Pacific Ocean once again.  This always thrilled him as he looked toward Moreton Island in the distance where a thunderstorm was brewing, he’d relived these memories over and over since Jade died. Having thrown himself into work at the office afterward with a vengeance it had taken the mind off his grief during the day but when he’d return to the apartment late at night and smelled her fragrance as he opened the walk  in closet where her clothes had been  the knife would turn in his stomach. After a few lonely hours of exhausted sleep, he’d get up early in the morning to jog around Macritchie before a quick breakfast and another intense day of activities. His health began to suffer under the strain. He’d thought a limited time back home on the coast in Australia for a while may calm him leavening his memories of Jade with boyhood happy memories. But after month after month in Australia things had become difficult back in Singapore. Some of his clients were not happy with other professionals assigned to them instead of him and Wong Hui was beginning to feel the strain of trying to cover his client base and Stanley’s when he saw clients were unhappy with the change. They’d held his office for him for a while but as time extended they’d had to move another temporary foreigner in, and the sign had been taken down and kept in a cupboard in Wong Hui’s office.

Stanley looked at the cruise ship anchored in the distance on Moreton Bay, cruise ships were beginning to pause here and let those who wanted to explore the Sunshine Coast and its beautiful hinterland offload at the boat terminal at the head of the Mooloola River. The coast was becoming a real tourist trap now. Jade had been excited to visit here on their honeymoon and enjoy meeting his family and touring the rural river valley and coastal settlements. Jade! He’d searched for her face in the cruise passengers offloaded here from China and occasionally tried his Mandarin on them some acknowledging with surprise and happiness to hear him attempt their language and some with suspicion. He thought he’d seen her in the past week but when he’d attempted to get closer the person would turn and disappear in the crowds around the outdoor cafes. He’d search for her in the corridors passing elevators servicing apartments upstairs and emerging back onto shop streets again. Was he losing his mind? Perhaps he needed to seek medical intervention, or his life would be in complete tatters.

He sat on a bench to look out at the sea again and remembered the wedding. He’d been instructed on the things to expect and how to react and the men of the family were there to prompt him as it was his time to participate. The pre-planned photos, red card with name and wedding details written on it in Chinese characters as an invitation. Different from the west preferring white roses, Chinese prefer red-coloured flowers like red rose and colourful lily or peony for their wedding decoration. Others like hanging the double happiness symbol in the house, placing the dragon and phoenix candle in bedroom and dragon and phoenix couplet on the front door, both signifying good relations between the newlyweds. Also, unsurprisingly, and where permitted fireworks or substitute noise used to scare the evil spirits away.

He’d been startled at the key part is installing the newlyweds’ bed, a propitious hour and a ‘good luck woman or man’ was selected to do this. When done, children were invited onto the bed as an omen of fertility. For the same reason, the bed was scattered with red dates, peanuts, longan and lotus seeds. It was all so new and confusing. He remembered being fitted for what he thought of as Mao suit for the groom and Qipao for the bride with dresses decorated with embroidered dragons and peony flowers for prosperity. Jade wore phoenix coronet and robes of rank, new red shoes and a red covering veil. He remembered a big red flower made in silk in front of his chest. Jade had wanted a more modern Western style wedding ceremony but for the sake of watching ancestors it was made traditional.

Jade had worn a delicate Chinese long fenggua to complete the ceremony on stage after which she wore an elegant Qipao as the newly married couple mingled and started toasts with the family and friends in the main reception room. He couldn’t remember it all now, but he did remember the support of the whole family and the way Jade and Lanfen had shared their loving attachment whenever there was a change of dress required. He also noted they were so close they oft times said the same sentences together as if their minds were connected in unison. He was fascinated when they did that but later learned that was sometimes common with identical twins anywhere in the world.

After their honeymoon on this coast he was now standing on they returned to work in Singapore. Not expressing affection at work during the day as that was not considered professional at night they luxuriated in each other’s company taking every minute together as a precious gift. Stanley would sometimes be called by younger Uncle to accompany him to the economic powerhouses in the West, the USA and Europe and many investment opportunities were opened as they worked together. The family investment in Stanley proved to be a good decision for them and he was drawn deeper into their embrace and began to share in their good fortune.

They’d decided to devote themselves to their profession and each other rather than have children. But three months into the marriage Jade felt unwell and asked Wong Hui to please reschedule her appointments for the day. The old woman who managed their home was surprised to find her in bed on her arrival one day. She looked at Jade’s face and brightened as she recognized signs only an experienced woman would know. “You have child!” She clapped her hands excitedly. “No work take rest. I move in to help you.” She went to inspect the small servant’s room out on the back balcony a fixture in every apartment with washroom and toilet for the servant’s use then returned to the bedroom. “Tomorrow I bring things!”

“No,” said Jade firmly waving her hands in protest.

But next morning the old woman moved in and Jade found herself too sick to work. After a week of this Wong Hui phoned to inquire if she was able to handle her assignments, and after being tearfully told she didn’t think so he phoned the Washington office to see if they could spare someone for a year until Jade’s situation clarified. Fortunately, they had a Hong Kong recruit who’d spent a couple of years there as an understudy and decided to try him in Singapore. Within days he was at the office and taking over from Jade. Jade’s clients seemed to accept the change.

Stanley had been delighted when Jade told him of the old woman’s diagnosis and a doctor was called to confirm this. He’d not been as happy to see the old woman had moved into the servant’s quarters but was soon mollified as he saw the continuous loving care Jade was getting on a daily basis during the day, the apartment spick and span and delicious meals always waiting for him whenever he was able to make it home. He was anxious when younger Uncle requested him to accompany on one of his overseas trips but happy to know the old woman was now installed and alert twenty-four hours in a day. He had no idea how this woman had the energy levels to do all this at her age. Whenever away he phoned throughout her day to be assured he was not needed at home. Lanfen was most distressed to hear of her twin sister’s health issue and kept in touch whenever she was not at work.

It was a difficult pregnancy but eventually reached its terminal point when pains started she was moved to hospital to be under constant scrutiny. Stanley would be at the hospital or on the phone to check on her condition. While it was not a planned thing he now wanted this child and planned for Jade to remain at home until the child was weaned and ready for grandparent women to care either the boy or girl who’d eventuate at the appointed time allowing her to participate as she wished. He was not concerned if she chose to be a stay at home mother either. They were financially able to do this.

When it was time for the birth she was wheeled into the delivery room and the family waited in great expectation for the birth of her child. By this time ultrasound had confirmed this was a boy and the Wong family were delighted at that news. The waiting room was filled with proud relatives ready to congratulate Mother and Father and wish prosperity on the child. By the time two hours had elapsed it was a worried group whose eyes were riveted on the door waiting for the results. Eventually a doctor and nurse appeared with sombre faces and the group let out a collective cry. The baby and mother had become exhausted and as they were preparing for the necessary C Section Jade had died. They’d tried to revive the heart through application of electric paddles but eventually had to concede to her death. They removed the child by surgical procedure but found it was already dead.

Something died in Stanley with them. He turned and headed back to the apartment and went to bed. The old woman looking at his face read the reason for the blank look on his face and retreated to her room and cried.

The next day Stanley was at work with his professional face on. He did his work with the same precision and skill he’d done before. He smiled he entertained the usual clients at night he greeted his adopted family lovingly as he’d done before and particularly his father in law who was devastated at what had happened. Jade had made the family proud by producing a boy, and now family hopes were dashed. Stanley remembered those months clearly and the emotional break down after which he’d requested permission of the family to return home and heal. Here he was at home now, it had not worked, and he was headed for disaster.

The above photo is from the personal collection of Ian Grice

6 thoughts on “The Singapore Connection – Chapter 8”