by ianscyberspace
September 20, 2012 Filed under: 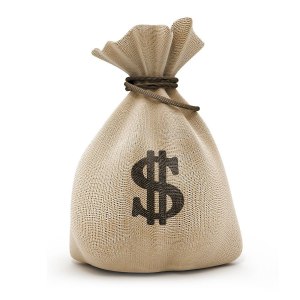 The above image copyrighted to http://www.glogster.com

The phone rang, and an anxious voice enquired if I was free for a quick appointment. I was! Our chief accountant was in the office soon after to break the bad news. It appeared our daily banking deposit had just been robbed, and it was necessary for me to talk with Ashok the Cashier who, it appeared, had been beaten and was suffering with after effects of chili powder in the eyes. He claimed it had been thrown in his eyes. Ashok was down in the business office telling his story to a gathering wide eyed crowd.

I made my way to the business office and steered Ashok into the chief accountant’s office to listen to his story. He claimed to have been on his regular motorcycle trip to the bank with cash deposits for the day. When he reached a remote part of town on the way someone apparently appeared from behind and threw chili powder in his eyes. He’d fallen from the motorcycle, and showed torn clothing and wounds on arms and legs to back up the story.

Something was just not right about this story. I’d known Ashok for a long time and had learned with surprise he’d been appointed cashier in the office one year before my transfer there. How could people approach a moving motorcycle from behind and accurately throw powder in anyone’s eyes? But the wounds were real, and his eyes were red and watering as I looked closely.

I’d developed a lot of confidence in the ability of Indian police to discover truth in circumstances like these, so decided it was time for them to take over. The police officers were extremely polite and businesslike. They took details with meticulous care and laboriously checked localities described by Ashok. Then they courteously invited Ashok to be their guest at the police station while they checked details with him again.

Ashok became very uneasy, and sent a deputation of relatives and community leaders to insist we drop the complaint. Rumor had it police extracted confessions by massaging the underside of feet with a liberal series of rubber hose whacks. Ashok had suffered enough physically, his supporters reasoned, and it wouldn’t hurt the office to write off this cash loss as an act of compassion. His relatives described him as the paragon of all righteousness. But my faith in the Indian police remained intact and I suggested we wait patiently for their report.

The police made a surprising move. They conducted a search of Ashok’s house, and for several hours teams searched every inch of each room. Then they reported the money had miraculously appeared in a bathroom flush tank carefully wrapped in a plastic bag. If there’d been a rubber hose interview it had been most effective!

Ashok’s relatives were first convinced the police had planted money to embarrass him, but eventually it was conceded he was at fault as he’d admitted to taking money and invented the story. He’d even wounded himself and put chili powder in his own eyes to make it look authentic! The government was happy to arrange accommodation for him for some time, and our money was returned to the office intact.

Ashok may have put on a pious front to get the job, but my prior suspicions confirmed truth was not part of his nature. Ashok spent many years back in his village after being a guest of the government before eventually being given a chance to redeem himself in employment. His new benefactors however didn’t make him a cashier.