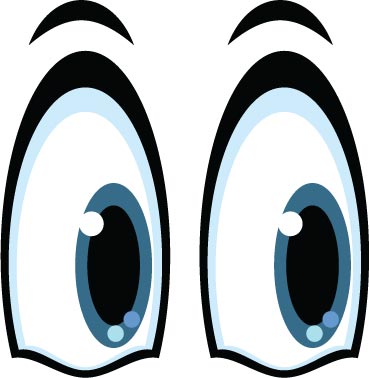 Ben whistled as he gathered luggage from the motel room and placed it systematically in the car. The girls darted around attempting to help by dragging their overnight bags across carpeted floor grunting as they did so. They looked expectantly toward their father for approval and to be relieved of their heavy burdens. He patted each on the head and murmured encouragement as they relinquished handles and smiled proudly. They’d helped and were satisfied with their effort. Then it was time to rush to the back seat and install stuffed toys and books for the long journey ahead, and fight over who was encroaching over the imaginary centre line on the car back seat which marked a dividing line between respective territories.

The girls had been very accommodating on this trip as it had taken several days and little people have a short attention span. There needs to be constant challenges with little people and for a time novelty of new scenery had caught their attention and ensured a minimum of fuss in that rear seat. Ann who as a mother had the capacity to sense changes in mood had come up with many inventive ways to keep them occupied, but the game of “I spy” had reached its use by date and only frequent reminders of a motel with pool and massage chair at the end of another day seemed to cheer and hold the winds of strife in check.

Because of the exuberance that comes from a good night’s sleep and final swim before setting out on the next leg of the journey there was relative peace in the back seat through the morning, and lunch at a rest stop managed to get rid of surplus energy. But reluctance getting back into the car to complete that day’s journey was very much in evidence as Ann and Ben packed up the picnic chest and disposed of waste. Why couldn’t they stay around this playground the rest of the afternoon and then go to a motel? Somehow the logic dictating being at their destination on time did not resonate with those young minds. The promise of an ice cream at the end of their journey for the day settled matters and the cherubs quickly settled into the car relishing that ice cream in advance.

But an hour on into the afternoon, and multiple requests from the back seat as to when they’d reach their destination began to wear on parents similarly bored with days of travel. Ann issued a cautionary warning. It was time for them to settle down. And for a while that caution delivered in a mother’s stern voice had its impact. There was temporary silence.

Once again, the imaginary centre line on that back seat came into focus. There were scuffles and grunts of displeasure in response to which warnings were repeated with increasing frostiness from the front.

There was a loud cry from the back seat and Ann’s composure reached its limit. “Stop that at once Jill!”

Once again there was silence from the back seat. Then a whispered conversation as the cherubs consulted together.

Jill’s voice lisped from the back seat. “How did you know it was me Mom?”

Ann suppressed a smile. “I’ve got eyes in the back of my head so I know what you girls have been getting up to and it has to stop right now!”

There was another brief period of silence, followed by more whispering as the girls absorbed this startling fact and had a brief consultation.

Ann let out a brief cry of exasperation. “Jill, you really are being annoying today, stop messing up my hair. What are you doing now?”

“She’s looking for the eyes in the back of your head!” Trilled youngest Beth.

“I can’t see any eyes?” Jill’s voice joined the conversation.

The tension was broken. Ann roared with laughter and she reached for her handkerchief to dab her eyes.

Ben chuckled as the humour of the situation caught up with him.

Jill was tapping on her Mom’s shoulder. “I can’t see any eyes in the back of your head Mom!”

Ann dried her eyes. “That’s because I closed them when I saw you coming dear! Now settle down and if you are both very good we’ll look for a motel a little earlier today. But just remember I’ll be watching you very closely from now on.”

The girls were very quiet after that experience that is until an occasional outburst of laughter from Ann in which the children joined gleefully.

“What’s so funny Mom?” Chorused the two breaking out in little giggles of relief that Mom was not cross with them anymore.

“Someday you’ll have children of your own girls, and then you’ll know why Mom’s like to laugh.”

As promised, the girls received their ice cream reward at the end of the afternoon and completely forgot what it was that caused their parents so much mirth that day.

The above image is copyrighted to vestor-eps.com

6 thoughts on “The All-Seeing Eye.”